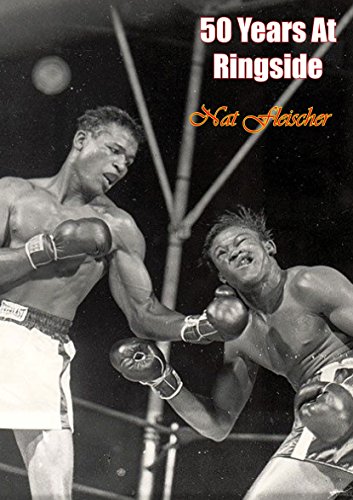 Originally published in 1958, this is the autobiography of renowned U.S. boxing writer and collector, Nat Fleischer. It not only tells the fascinating story of the author himself, but crucially allows the reader a firsthand glimpse into the ring scene of the first half of the 20th century.“This is a story which nobody has produced in the past, and certainly is not going to duplicate in the future.“It is the life story of a man who lived through increasingly exciting eras of the nation’s history, and the nation’s sports annals. The conditions which obtained through those eventful decades will not come again. The man who banged his typewriter through these crowding years will not come again upon a similar sequence in the sports kaleidoscope.“Here are behind-the-scenes pictures, the inside stories of so many developments which have waited, until now, for my lifetime friend Nat Fleischer to reveal them.“Here are pathos, comedy, and intrigue; the seamy, sombre stories, and the funny ones as well. Ring heroes of the past come to life in these pages to reveal themselves in the full panoply of their championship stature, or in the meaner habiliments of the character on the fringe.“It is a fine book, and I thank Nat for having written it.”—Dan Daniel, Foreword